Think about it. You probably get a little nervous leaving your house when you go on vacation. So leaving a house empty for half a year or more can be even more rattling. Some real problems can arise.

“The biggest thing that can go wrong is the plumbing. Water lines break,” said Michael Rogers, owner of Su Casa es Mi Casa Home Monitoring Services. “There’s nothing worse than coming back to a flooded house. What I do is make sure that own’t happen or at least catch it in time before it becomes a disaster.”

Once he found a puddle under a hot water heater and another time an ice maker was causing a leak.

He goes by every week and flushes every toilet, turns faucets on and off, checks the ceilings for leaks, and the hot water heater, boiler rooms. He walks around the house – indoors and out – to check for cracks in the walls and anything else amiss. He also waters plants.

“I do whatever a client wants. I will even buy groceries and turn up the heat when people are coming to town,” he said.

Rogers’ business is caring for clients’ homes while they are away. But he has his criteria. He doesn’t check vacationers’ home. The 40 homes on his current list are second, third or fourth homes of people who don’t make Santa Fe their permanent residence.

The business started six years ago, and Rogers bought the existing business last spring. “For 15 years I wanted to move to Santa Fe,” he said. His background is in real estate and spent many years working in Dallas with a broker and in appraisals. After reaching the pinnacle of commercial real estate, he needed a change. He had known the previous owners of the business for many years, so when they were ready to sell, he was ready to buy.

“I looked at the financials and hired an attorney to draw up the papers. I like owning my own business,” said Rogers, whose business partner, Will Watson, also helps with the house-checking. They didn’t want to disclose the purchase price, but they did say they used personal money to buy the business.

The client is charged quarterly, and the price is based on the home’s square footage.

Ken Gorman, whose primary residence is near Lake Tahoe in California, was a client of the previous owners of Su Casa es Mi Casa. “Based on our first meeting, I thought I would give him a chance, and I’m very happy I did. Michael treats my home as his home, and his attention to detail goes beyond my directions. Any emergencies are dealt with right away, and he always gets my approval before doing something that will be an added cost.”

Lee Reiswig is also pleased with Michael’s services. “Michael does anything we ask him, instantly. He’s extremely flexible and easy to work with. He anticipates problems and brings them up before they become issues. We wish that we had someone like him to manage our Maui home.”

Rogers has a weekly inventory list that he makes and if there are any problems, he emails people directly and adds digital photos. Clients provide a list of vendors such as a plumber for him to contact, and the vendors bill the homeowners directly. “I don’t do property management and don’t want to get tangled up in the billing process,” he said.

Rogers says he understands the responsibility of his job. “It’s not easy for people to turn over their house key and security code to someone,” he said.

“Michael is wonderful. We were clients of Su Casa when he took over the business,” said Connie Girard-diCarlo, who also owns homes in the D.C. area as well as Scottsdale. “What we most appreciate about Michael is his thoroughness, his attention to detail and his be-of-service attitude. I never worry about the house when we are gone because I know Michael is there. He looks after our house as if it were his own.” 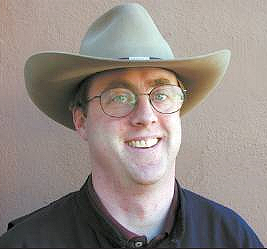